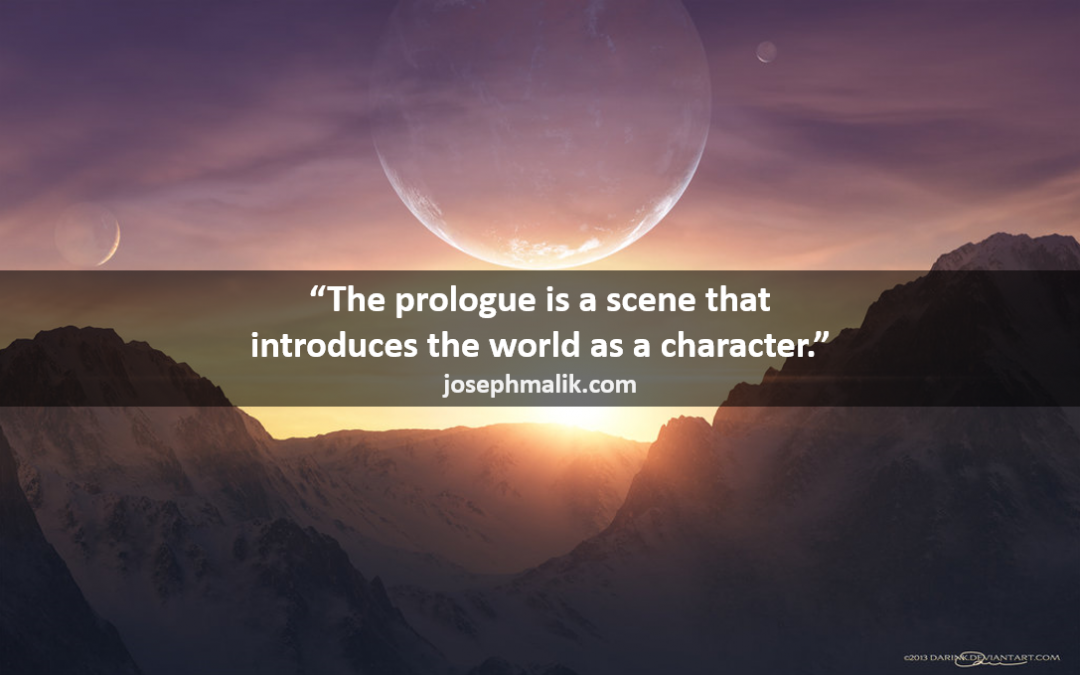 Today, I want to touch on the only thing in fantasy more divisive than elves.

Let me start by saying that I don’t hate prologues. At least, not categorically. In fact, I’m thrilled when I read a properly-written prologue, and yes, there is a correct way to write one. Today, we’ll learn.

Back when we were looking at maps, we covered the idea that in epic fantasy, the world is a character with its own arc. It has its own reason for being in the story, it interacts with the characters, and most of all, it has to be changed at the end through the main characters’ actions. This last bit is one of the immutable and defining characteristics of epic fantasy.

This gets overlooked. A lot. Especially by inexperienced authors who don’t have the chops to deconstruct a story. You have to understand the mechanics of literature at least to the point where you can do some deconstruction, and fucking up a prologue is one reason why. If you treat the prologue as a story on its own, or a place to info-dump all the backstory, your prologue is going to suck. It’s going to be one of the 90% of prologues that readers hate. (Most readers don’t understand that the prologue is the world’s introductory scene; they just know that there are prologues that they like and prologues that they hate.)

Think of it this way: would you introduce a character by telling a four (or fourteen!) page backstory clear back to his birth, line by line, year by year? Holy shit, no. Because if you do, you get the backstory scene from Ator, Fighting Eagle.

Don’t do this. Please.

The prologue sets up the baseline for the world so that we can see how much the characters have changed the world throughout the story. (This is also why a lot of first-effort and hastily written epic fantasy falls flat; the MC’s “win” but don’t actually change anything. But that will be another blog post.)

Anyway, the prologue is not backstory. It’s a scene introducing your world. There’s a huge difference. It can be done through a scene, or a conversation, or a short story, sure; but however you do your prologue, you have to set up the world with it. If you skip the prologue — a totally viable option — you will have a shit-ton of worldbuilding breadcrumbs and Easter Eggs to drop in. Which is cool, too. It’s just a lot more work.

Have fun. And build, dammit. Take your time and do it right.