What’s in a Name? Titles in Worldbuilding

So the question came up on KBoards as to how to address a king.

I’m not going to give you a history lesson because I don’t write history. Well, not Earth history.

How you address various ranks and levels of royalty in fantasy is totally up to you. It’s fantasy. (If you just need to know the expected tropes so you can power through your word count, I can’t help you. First off, I don’t know them; secondly, research and worldbuilding is the woodsman stopping to sharpen his axe. Relax. The words will still be there, waiting to get out. Go build.)

In my series, I use what appears to be a fairly standard, if wildly historically inaccurate, convention for royalty: a member of the royal family (prince, princess, duke) is “Highness” or “Grace.” A member of the nobility — meaning, anyone who could scrape together enough mooks to command an area of land and hold it long enough to tax the inhabitants — is “my lord.”

(On the other hand, they don’t speak English, either, so these are approximations that the characters from Earth have to absorb.)

The military in my world are under civilian — noble, and ultimately royal — control. So the military call ranking military members (and civilian commanders — civilian advisers to the War Council, etc.) “sir,” but a civilian refers to a knight (who in my world is technically a lord, even if he or she has no lands) as “sire.” Unless he works with them a lot; the castle’s horsemaster, for instance, calls knights “sir,” not “sire.” But then, he knows more about what he knows about than they do. Also, a soldier out of uniform talking with a knight would call him “sire,” as a term of respect for his station.

If that’s confusing, you have understand that not all soldiers are knights. In my world, knights are specialized soldiers, trained-from-birth badasses raised in the saddle and whose families have had the money for the best training all their lives. Remember the scene in GOT when Jon Snow first gets to the Wall and he’s beating the crap out of everybody? That’s this. (There’s also a way for a less-than-noble-born soldier to become a probationary knight through skill at arms — he becomes a “Rider” for the order, and he or she will become a lord upon attaining knighthood.) Knights command Sergeants (a knight’s sergeant is often a Rider), who command soldiers. Lieutenants command teams of knights, Chief Lieutenants command Lieutenants, and so on. There are also officers who are not knights — infantry, say — who command units of soldiers. So we have “Knight Lieutenant,” “Knight Chief Lieutenant,” “Knight Commander,” etc. to delineate.

As an aside, knights command soldiers. This is why, in my books, you never see a knight out on his own unless he’s in a well-patrolled area on a well-traveled road close to support. They have soldiers; they’ll use them. When my main character heads out on his mission, traveling light in order to move quickly and clandestinely, he has three sergeants, a valet, a total of nine horses, a cart, and a big goddamned dog. This whole idea of a lone knight crossing a wasteland or wilderness is bullshit. Ask me how I know. 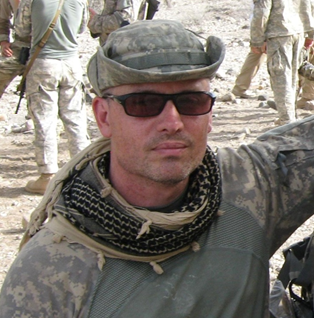 Further, some of the “lords” out toward the borders where things are in a state of administrative collapse, and who are basically robberbaron thugs, have formed their own tiny orders of knighthood with various levels of skill required to get in; generally, we’re not talking much. So the “official” (royally sanctioned) orders of knights consider these robberbaron knights (called “border orders,” which is fun to say) to be common soldiers, just on horseback (often badly), even though the border orders consider themselves as equals to the royal knights. This makes for big fun in the practice field, where comeuppances happen with regularity. (Your soldiers and knights do practice, right?) It also leads to dust-ups and stinkeyes when knights from royal orders and border orders get called in for castle duty and have to serve together for a few months. (Your knights do that, too, right? Or did you think that they just hang out at the castle with the king all the time? “This castle comes with sixteen knights. We store them in the corners of the stairwells when we’re not using them.”)

And if you think this is bad, go look at the ranks and responsibilities of the Roman Legions. Holy shitsticks. From the adscripticus and the munifex all the way to the tribunes and the generals. Yoikes. Also, we’re getting off easy, here; this is only Book I and I haven’t even gotten to managing a global-scale conflict, yet. We’re still in slow-burn intractability.

A ranking military member speaking to a lesser-ranking member calls him or her by their rank: “Sergeant,” “Lieutenant,” “Soldier,” whatever. Soldiers who know each other well can refer to each other by their ranks informally up and down the chain of command, the way a modern sergeant may refer to his new lieutenant as “Ell-Tee.” I’m in the Army; I’m keeping this.

I also developed “Rider” into a mutual term of respect among knights, similar to the way that modern soldiers who’ve been through Ranger School call each other “Ranger” in passing, even if they don’t know each other. It’s something only knights do for each other; a secret handshake of sorts. I personally believe that familiarity based on shared experience is a foundation of humanity and would be found anywhere in the universe. But I digress.

Where it gets fun is when you have a member of the royal family who is also, say, an officer in an order of knights. Then it’s on the person addressing him to get it right: is he acting as an officer right now, or as a member of the royal family? It’s entirely possible to be a prince and a Knight Lieutenant working his way up on the field of glory, and still have to call your superior officer “sir” under some circumstances. Or to be a commander and have to call your Lieutenant “Your Grace” under others. Not a mistake you want to make in a world where justice is what the rulers say it is, and some people take their titles very seriously. But we’ll get into the Hobbesian argument for justice as an artifice at another time.

I’m not saying you have to do it this way — and I’d prefer it if you found your own thing — but this is how much world I ended up building just figuring out the answer to the same question: “What do they call each other?”