Voice Redux: Tears of a Clone 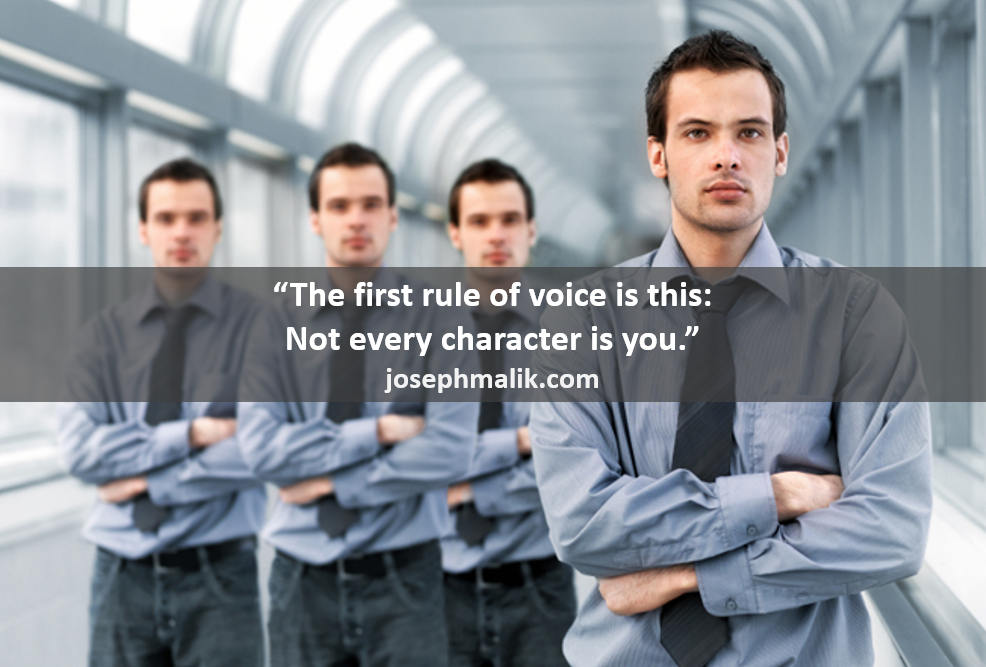 I was talking with another author about voice versus point of view, and she suggested that I put this in a blog post, so here goes.

I want to talk about POV. Again. My understanding is that what I’m about to tell you isn’t even taught in some university writing classes anymore; students (including the author I was talking to this morning) are told to never shift POV.

This is insane, for a lot of reasons, and to explain why, we need to step back and look at POV versus voice.

Voice shifts are not a bad thing. Let’s get that out of the way, first. I never had a writing professor or member of a critique group tell me, “You changed voice here, that’s wrong.” I did  have them say, “This voice shift is unclear; clean it up.” (I heard that a lot.) What they mean here by “voice” is what a lot of new authors call “POV,” and we’ll get to that in a minute.

Voice shifts are only “wrong” if you’ve been writing in close third the whole book and then suddenly head-hop or narrate; yes, that’s jarring. Don’t do it. If you set out with an omniscient third (narrative) voice from the get-go, though, you can–and should –move around a bit. In omniscient third, you write your narrator as an additional character with (in omniscient third subjective) his/her own distinct voice as a layer between the characters and the reader. In omniscient third objective, the narrator has no voice of their own, but tells the story dispassionately and somewhat transparently. Anyway, in omniscient third, shifts in narrative perspective become a storytelling tool, and a necessary one.

I think this is why so many aspiring authors spin out on voice; they’re thinking in terms of POV (first person vs. third person) only, so they default to close third, because that’s what a lot of third-person POV fantasy fiction is right now, so that’s what they’ve read (looking at you, J.K. Rowling and GRRM; fantasy is TERRIBLE for this lately). When they do read something in omniscient (Lord of the Rings, The Princess Bride, The Hitchhiker’s Guide to the Galaxy, Dragon’s Trail) it doesn’t register as anything other than “third person.” They don’t know the difference between close third and omniscient, so they don’t know when you can get away with narration and voice shifts, and when you can’t.

POV is not voice. POV is “first person,” “second person,” “third person.” POV is point of view. You never, never — NEVER — shift point of view: first person to third person; first person to second person; etc. (Your narrator can do this, but you can’t. And you and your editor need to keep your narrator on a tight leash when he starts doing this, because it brings the narrator out of the book and directly into the reader’s face, and that’s dangerous ground.)

Narrative voice is a subset of POV.

“What about first-person?” you ask. Well, in first-person, believe it or not, there are far more options for narrative voice, which again, a lot of new authors (so many young authors writing in first person these days) weave in and out of without seeing the lines on the road: first person voices include subjective narration, interior monologue (with or without stream of consciousness; c.f. The Catcher in the Rye), memoir, and “detached,” which is also called objective autobiography. These are all different ways of framing the story, and you need to understand them all and then pick one and stick with it. Wobbly framing makes for an unstable structure. Don’t be wobbly.

Having read mostly close third, many authors pick close third as their preferred voice, and they close-third the shit out of it. They keep the camera tight to one character in every scene, and when they shift scenes, they start to fuck up. Because there’s another dimension to narrative voice, and that’s character voice.

Fledgling authors give every character the same voice: theirs. 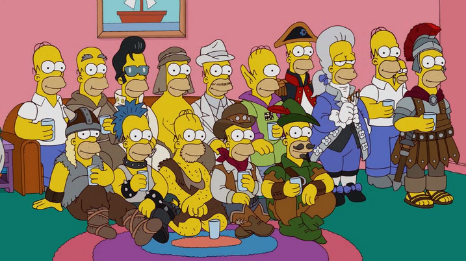 Character voice is a subset of voice, and it’s how your characters interpret the world. It’s not just their dialect and mannerisms, either. Character voice encompasses what they experience, how they filter it, what’s important to them about it, even what they notice in the scene. Every character in your book has to speak, and think, and react, differently, no matter what POV and voice you choose.

Some of you have your fingers in your ears right now, going “LA LA LA LA LA CAN’T HEAR YOU,” but that doesn’t make any of this any less true.

Not every character is you.

In fact, I’d go further and say that, if you’re doing it right, none of your characters are you.

Voice is hard. Voice writes slow. This is why a lot of indie fiction and first-attempt books, and quite a few genre fiction/pulp novels as well, have flat voicing. Character voices are the hardest thing about fiction writing. It’s where you spend the most time fiddling. Voice is where you spend fifteen minutes taking out a comma, or two hours tweaking a phrase. Voice is where you really have to dig into your advanced writing techniques. Voice is hard because when it’s done right, the reader doesn’t notice it. Voice is thankless; invisible. Voice is a Japanese garden, grown and shaped one leaf and limb at a time over years until it looks effortless and natural; it’s mimicry of the real world through the lens of the ideal.

Close third becomes a wad of wet cardboard when every character speaks with the same voice, and lack of distinct character voices is one of the first sure signs (outside of poor mechanics and spelling) that an author doesn’t have the chops, yet. If you’re writing close third, every scene that’s framed through a different character should have a feel distinct to that character. It should read differently. Different things should matter to the character. The reader should see things that the other characters in the scene don’t. It’s hard.

What makes omniscient third even harder, though, is that you either have to remain invisible (in omniscient objective), or you have to build an additional character who is also not you, and determine their voice, and then you need to use that voice to tell the story (in omniscient subjective). That voice–the narrator– is a filter, a lens, for the voices of the other characters. The narrator is framed in omniscient third subjective, and becomes its own character on top of it. In omniscient, the narrator knows what the characters know. What the narrator decides to tell you is part of their character voice, and this is where you get into storytelling. What you reveal through your narrator is what makes the story funny, or scary, or sad. Think of your omniscient third subjective narrator as someone sitting in your living room with a drink in his hand, telling you a story. He didn’t just see it happen; he’s spoken with the people involved and knew what was going through their minds.

Picture the storyteller on your sofa again. Now, think of how much better any story gets when the person telling it does good impressions. Those impressions are your voice shifts. They’re your “head hopping.” It’s character voices filtering through your narrator’s voice. That’s what you’re shooting for with omniscient third. And it’s really, really hard. It takes a long time to master.

Even in close third, character voices are critical. Your reader should be able to tell who the POV character is for each scene without you even telling them, much less titling it with the character’s name. That’s how distinct your characters need to be.

Reading a work with no distinct character voices is like listening to someone tell a long story while sucking at impressions.

When aspiring authors really get into trouble with “POV shifts” (which, again, is an insane term, because like I said, you’re not going to shift from first person to third person, etc.; at least, I hope), is when they feel the need to shift both character voice and narrative voice and narrate — and again, not understanding POV from voice, so also not knowing that this is a HUGE no-no if you’ve already set the book in close third / limited omniscient — and then, suddenly, they’re narrating, and there’s nothing distinguishing their narrative voice from their characters’ voices, which throws the shift into stark relief. At this point, the reader is lost: “Wait; who’s talking, here? How do they know that?” Getting them back into the story after that is a real bitch. Do it repeatedly, and they’ll stop trusting you. They will leave your book and never come back. And you don’t want that.

If you have distinct character voices and a distinct narrative voice — and you’re writing in omniscient — it’s very easy to “change POVs” (shift voice), because the reader will automatically know who’s talking to them just by the sound of the words in their head. Which is a pretty neat trick when you think about it.

Work on your voices. It takes time; it takes the most time of anything you’ll do. But your readers, and even your characters, will thank you. Trust me.