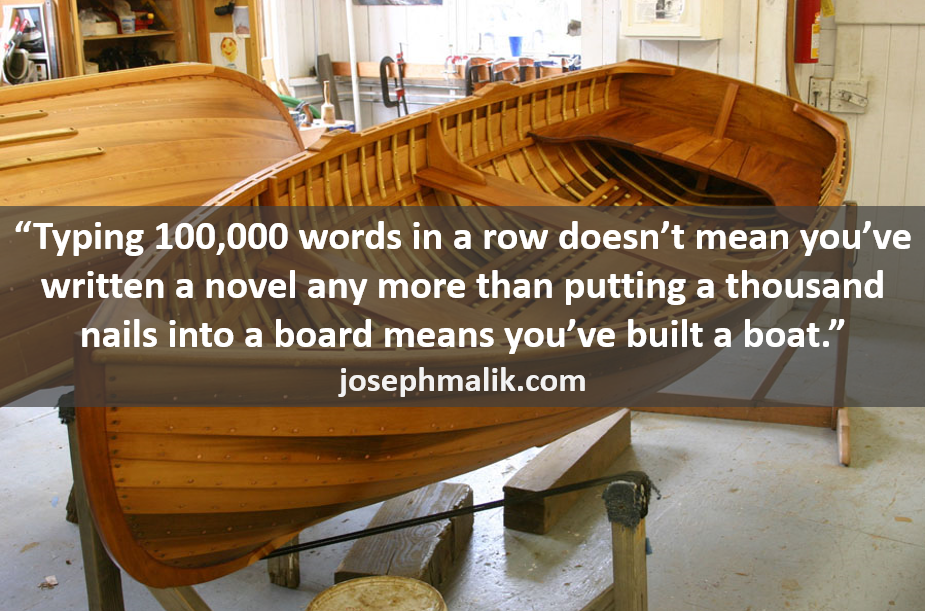 When historians look back on my writing career, they will likely concentrate on this post, right here, as the moment that I first officially pissed on the leg of the establishment.

Normally when I say things like what I’m about to say, I just drop into the front leaning rest and start knocking out pushups as I say it. You know, to beat the rush.

I joined the Amazon Kindle Boards. Specifically because of the Writers’ Cafe, because I’ll be releasing on Amazon and I have to figure some stuff out. Market research, finding some friendly voices, standing on the shoulders of giants and all that.

I had no idea there were so many writers out there. I mean, there must be hundreds of thousands of people just in the Writers’ Cafe. The signal to noise in the initial rush of data when you first cruise the Writers’ Cafe is mind-scrambling. I’m used to a much smaller, much more homey vibe, having been comfortable for the past several years on a fantasy writing forum with a few hundred members and a few dozen heavy-duty contributors. And also, writing alone in a locked room. That’s not what’s getting me.

What’s getting me is the number of people in the Writers’ Cafe who are obsessing over their word count.

This makes sense to me, from a purely cynical point of view: a self-published author’s income is almost always directly related to the number of titles they have out. This has led to a massive rush to get words in a row out the door. A second book will lead to more sales of the first. A third, more sales of the first and second. And so forth. Which is why the overwhelming majority of self-published novels are wincingly bad. Yes, I said it. You can push bad shit out the door and make money, so why wouldn’t you?

(If you’re asking why I’m not doing it, it’s because A.) I love this language too much to ever do that to it; and B.) I had parents who were adamant in teaching me the concept of shame.)

What really makes me grind my teeth is the concept that I’m seeing in about every fourth or fifth thread on the board, that “I only have X words to go; I’m Y% finished!”

And this is where I’m going to get in trouble.

Because I want to just grab these people by the throat and slam them against the wall, and put my face right up into theirs and snarl, “NO, YOU’RE NOT. YOU LIKELY HAVEN’T EVEN BEGUN.”

“I write a novel every three months by doing a thousand words per day.”

No you fucking don’t. Because typing 100,000 words in a row does not mean you’ve written a novel any more than putting a thousand nails into a board means you’ve built a boat.

What makes a novel isn’t word count. There’s a minimum number of words a novel is supposed to have. There is also a minimum (okay, advisable) number of fasteners you should use when building a rowboat.

Novels are not made from words.

I’m going to pause for a moment to let that sink in. If that was a shock, just let me know when you’re ready.

Novels are made from storytelling.

Storytelling is made from plot, conflict, backstory, descriptions, motivations, chemistry, voice, pacing, dialogue, character development, story arc, worldbuilding (in fantasy), the Hero’s Journey (if you’re into that whole thing), allegory, romantic tension, polemic, metaphor, and holy fuck, man, What You’re Saying to the World if You Publish this Thing. Because the fact that you have words to say does not in any way mean you should say them. Ask me how I know. Those of you who know me are laughing right now.

Novels are made from these things.

Novels are only held together with words.

You can type a hundred thousand words in 90 days; that’s easy. But you can’t plan an execute a coherent novel in that amount of time. If you could, the greatest writers who’ve ever lived would all be prolific.

So, fuck your word count. When you tell me that you have a hundred thousand words written, you’re telling me that you no longer have a pile of nails and your hands are sore. To which I say, “Great. Think it’ll float?”