Outcasts: How and Why Someone will Build a Lit-Fic Empire off the Existing Genre Market

I want to talk a moment about a sentiment that I’m seeing in some of my groups and forums, and that’s the idea that if you write real good and use all them purty words, especially if you have one of them English degrees, you should just go out and get traditionally published. Basically, there’s a disturbing consensus that if you can really write, you shouldn’t be in the indie market at all.

After all, how hard can it be, right? Just go get an agent and get published.

The issue here is that the majors don’t necessarily reject manuscripts because they’re not well-written. (Although, to be fair, their role as keepers of the craft shouldn’t be overlooked.) It’s entirely possible to write an outstanding, well-delivered story, and have none of the five houses – there are five publishers left in the world – decide that they want to publish it right now.

And then, when they pass, that story that you’ve spent years on is born dead, and nobody ever sees it.

So, just write another one, says the pulp author, and submit that. And then another. And another.

I say no. I say slap its ass until it starts breathing again, and then put it out there and let it kick and scream and fight for air, and if you have to step in once in a while to keep it alive, then do so. Best of all, thanks to the indie explosion, there’s now a place for exactly such a book, albeit a land akin to the Island of Unwanted Toys.

Frankly, I thought this was what the indie market was for: books that got passed over that you believed in, so you went out and had them professionally edited and illustrated on your own dime. I had no idea I would be setting my life’s work adrift in a sea of werewolf porn (seriously; the “Action & Adventure > Fantasy” subgenre where Dragon’s Trail lives on Amazon is pretty much all wolf cock, all the time), NaNoWriMo attempts, and apparent first drafts. There are some great writers thrashing about out there, though. Really, truly, game-changing writers, and the majors won’t give them a second look until they’re already on a bestseller list. Often, too, majors will pass on a book if it sets up a new genre that they either don’t know how to sell, or can’t back with other authors in their ranks. And that’s equally insane.

We have everything it takes right now to hybridize this process and rescue the major houses while benefiting the indie authors who punch above their weight. To illustrate this, though, we have to step into a time machine so that you can see what I’ve seen. Because I’ve seen it done.

I had the good fortune of being signed to a major record label in the 80’s, and then to an indie with a distribution deal in the 90’s. I have watched the machine reinvent itself.

Me, second from left. The guy in the middle became the dad on Twilight, proving that you never really know where you’ll end up.

What really drove the grunge / garage rock explosion wasn’t the consumer backlash against slickly produced gloss-rock (not that we didn’t have it coming, as the picture on the left will attest); it was the availability of recording technology at a fraction of the price. Back pre-grunge, albums were so expensive to make that a major would sign a “baby band” to a development deal, put them in the studio, and turn out demos until they had an album’s worth of material together.

The reason for this is that it would cost half as much to keep the band on salary and lock them in a small studio for a year as it would to record a radio-quality album. Hollywood had a dozen major recording studios back then, where 99% of rock records were made, and an album could cost a half-million dollars or more.

Fast forward ten years. By 1998, recording and mastering technology had come down in price and up in quality to the point that here, in Seattle, there were recording studios cropping up in mini-malls. In the 90’s I was playing sessions in people’s basements for producers who had been working at The Hit Factory and Capitol Studios ten years prior. Bands were able to produce major-label quality, radio-ready albums on their own, in a local studio, for the kind of money they could make in a year playing local gigs.

A new business model evolved, in which majors would pick up the indie recordings and distribute and promote them through their own channels. Indie bands then supported themselves on the road and through merchandising, endorsements, etc., and the majors put their albums into the stores and helped them get onto the radio, taking points off the back end. The labels had no production costs, so they only had to provide promo and pressing; a much easier sell to the bean-counters.

The majors were no longer solely in the business of producing — the bands were — and the effect of this on the bands was immense: if you were a band, you no longer made a demo. You sent your finished album to an A&R rep at a major, and he or she took it to promotion, and they decided if they could sell it. They didn’t give a crap if you were already selling it out of the trunk of your car at gigs. 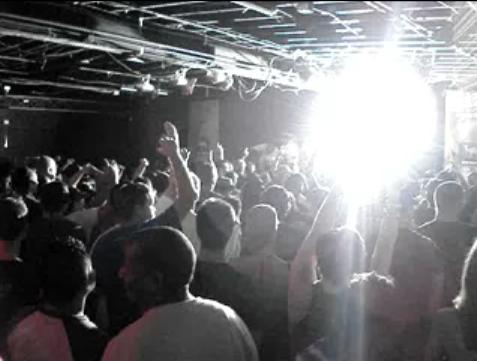 Or if your lead singer occasionally evolved into a higher form of life onstage.

What is interesting to me, though, is that the pop-rap model of A&R, which came along later, is the one that has taken hold in the publishing world. By the mid-2000’s, you could literally record and master an album on your home computer for the cost of just the software, and technology had “improved” (using the term loosely) to the point where you didn’t even have to be able to sing or play an instrument, thanks to sampling and auto-tune. The problem with this is that it completely obliterated any bar to entry. Which is why pop-rap and its horrific parallel, EDM, both mostly suck. Much of it is formulaic, repetitive bullshit produced in bedrooms by people with no formal training and consumed as intellectual junk food by people who have no education in music and can’t tell good from bad. There are true and meaningful artists in the genres, sure, but the signal to noise ratio keeps me from even wanting to look for them anymore. Which is exactly how I feel about the deep lists on Kindle. Sturgeon’s Law and all that.

That indie middle ground, though, with distribution deals — what we built in the 90’s — never happened in publishing, and I’m stunned that it didn’t, because it’s the obvious answer. And more to the point, all the pieces are here to do it, right now, and make it work.

An angel investor who wanted to start a mid-sized, competitive indie publisher brokering distribution deals — picking up quality, well-edited mid-list books for a minimal advance (say, a reimbursement of production costs) and distributing them for a share on the back end, and then using their working capital to promote aggressively instead of handing out massive advances — would be like setting off a nuke in the indie market. It would change the entire landscape in a heartbeat. (Updating this for late 2017: Open Road Media is sort of doing this, by publishing backlist material. It’s a step in the right direction.)

The follow-on effect from this is that, if a publisher’s only acquisition cost is a reimbursement for monies that an artist/author who really believes in their work is going to put up anyway, then there’s no incentive to blackball an artist whose books die on the vine. Let the authors keep making books they want to make, and producing them at a professional level. Authors can keep telling the stories they want to tell.

The problem with the major houses is that, just as happened with the A&R staff of the major record labels, the big-shot agents and editors right now don’t have any vision. This is why they insist that you have a bestseller before they’ll consider signing you; they will only consider you once you’ve reached the point where you don’t need them. We have uncreative people running a creative industry once again, and it’s just as idiotic now as it was then. (Forever burned into my mind is the image of a VP of A&R listening to the track at the end of this article and clapping on one and three.)

If you’re already selling well, then what’s your incentive to sign with a major publisher? It will take an entirely differen business model than what we’re looking at, today.

The “majors” should be looking for talented writers who are going it on their own; who are producing at the next level even if they’re not selling at it, and then distribute them. Pick up the print rights and push paper and ink through the wider distribution channels once there’s a proven market. All the pieces are there, like I laid out above. Somebody’s going to crack this nut, and I intend to be there when they do.

If you want to hear a young Charlie Swan sing some sexy-ass rock and roll, click below.