So, I’m sending the finished — no, really — manuscript out to my editor next week. The cover is in the final formatting stages. I have a marketing plan and budget in place. And yesterday I started working on Book II. Sort of.

Book II was in a bunch of old folders on a hard drive, still in Wordperfect format. Somewhere, I knew, I had notes. So, into the garage, and after a little digging: 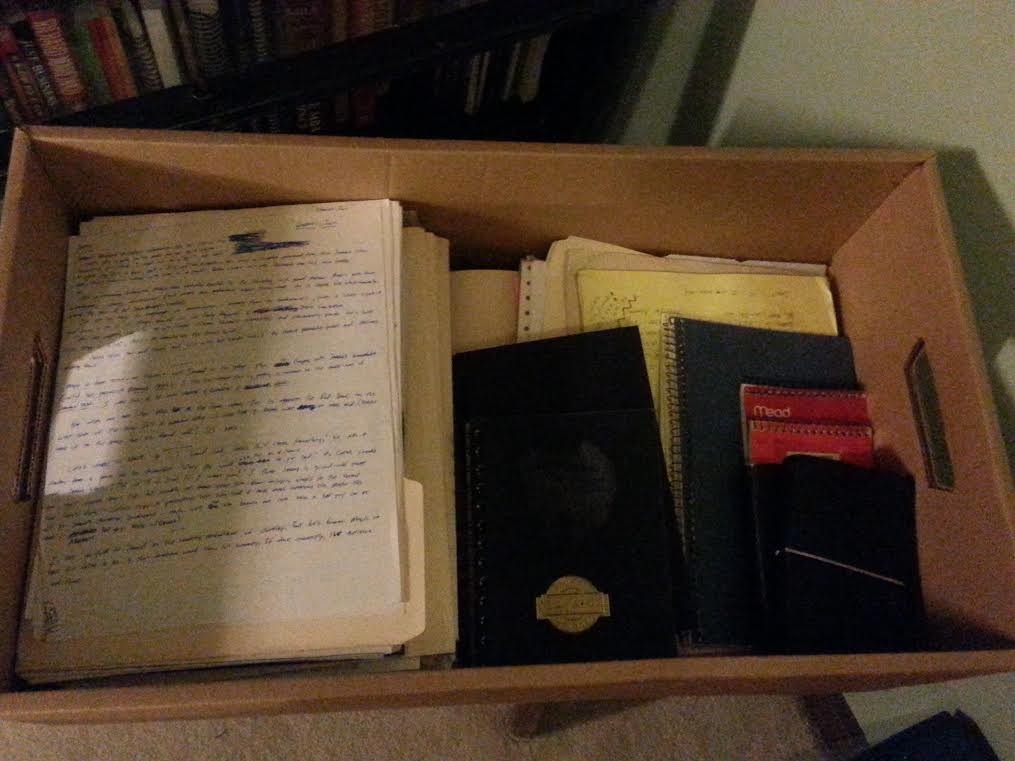 This is my process. I have boxes of this. Notes, flow charts, sketches, beat sheets. One of the reasons that the Outworlders saga (which is what I’m calling this) is so well-researched, and the worldbuilding so bombproof, is that I’ve been working on it for about twenty years, not counting a ten-year break in the middle.

And check this out — the original typewritten manuscript, from high school: 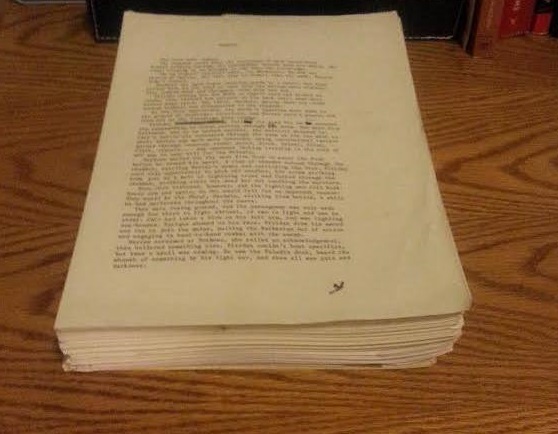 With corrections from my English teacher, and entire hand-jammed chapters wedged in there. Because, high school.

At the bottom of the box, a 3.5″ floppy with apparently FIVE BOOKS on it, all in .wpd. I have no idea how to get at this. Also, along with it, a flow chart for a sequel apparently called “Coin of the Realm,” a sketch of the MC, and for some reason a picture of a younger, much more buff me, replete with beer and douchebag wife-beater shirt. Ah, youth. I’m guessing 1992 or 1993. I would have been doing stunt work and modeling back then. 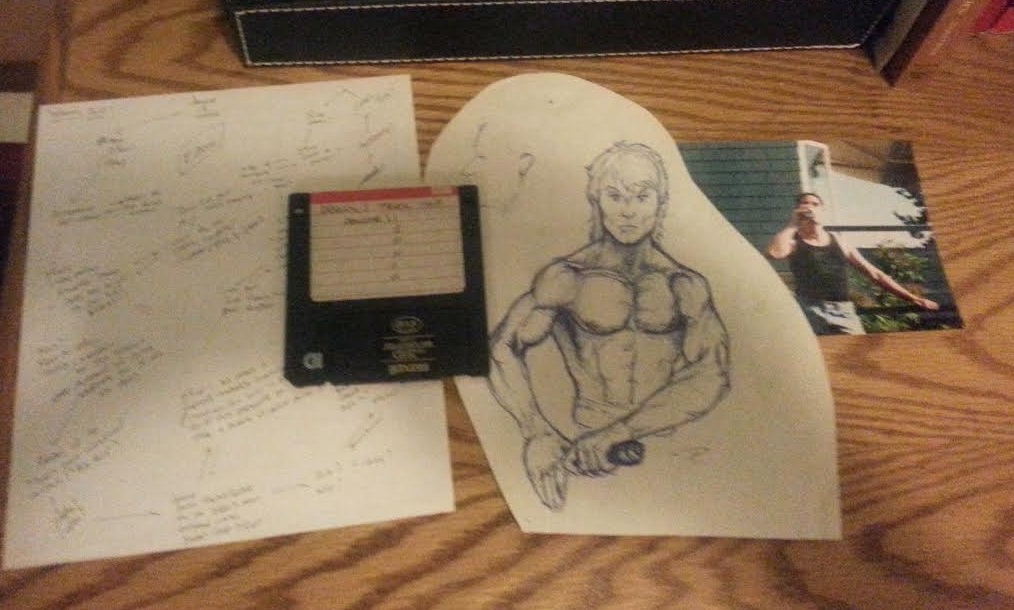 I want to say the artist used me as the model, but I’m also a vain son of a bitch so it’s the kind of conclusion I’d draw.

I am sitting on, conservatively, half a million words of worldbuilding, and not counting old writings; I mean probably a thousand or so pages’ worth of non-narrative musings, backstory, series arc, plots, charts and descriptions of the planets in their courses, and holy crap, an entire language that I constructed for the Faerie that makes up about a hundred journal pages of notes and translations alone, with its own syntax, patterns, lettering and Romanized equivalences. Boxes upon boxes.

So the lesson here, as I see it, is never throw anything away. Keep everything you ever write. Trust me on this. Your ideas will come back and speak to you across the ages. And when they do, listen to them. They may not be done telling your stories, yet.