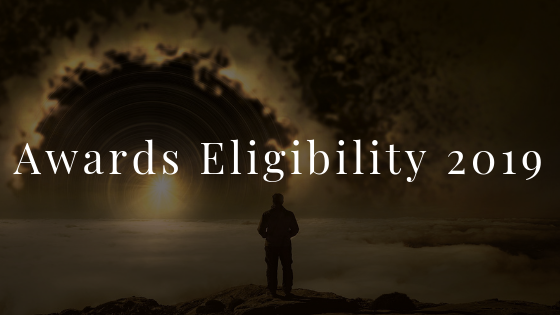 Greetings, and thank you. This is my second year of eligibility for the John W. Campbell Award for Best New Writer in science fiction or fantasy. My second novel, The New Magic, is also eligible for both the Hugo and the Nebula in 2019.

There is also a unique thing that’s happening with The New Magic right now, and it’s causing something of a stir: 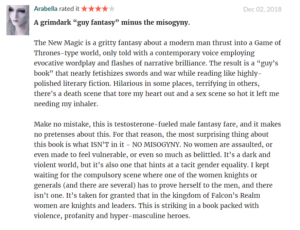 I wrote a grimdark fantasy for adults and removed sexual violence from my worldbuilding. The New Magic has none. My books going forward will have none. Rape is lazy writing, it’s dismissive, and the trope needs to die.

Dragon’s Trail, my debut novel, received a fantastic review in Publishers Weekly. It reached #1 spots in either epic fantasy or sword & sorcery on every major ebook retailer (and with some retailers, both) and broke the Kindle Top 100 Paid in four countries in 2017, going on to cross the 10,000-sales mark in the summer of 2018. Its success enabled me to join SFWA and meet several of my heroes; I’ve been a guest lecturer at high schools and college writing courses; I’ve been interviewed on drivetime radio in Seattle. We’ve been approached about the film rights. 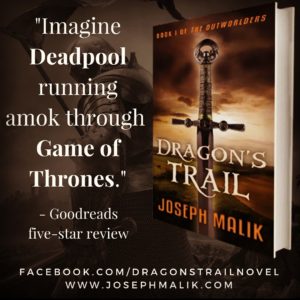 This didn’t happen in a vacuum. It took the concerted efforts of my editor, my graphic designer, my agent, my wife, my dog—who keeps me safe while I write; very important work—and my horde of lovable maniac fans. The dog is hoping the horde eventually shows up, here, en masse. 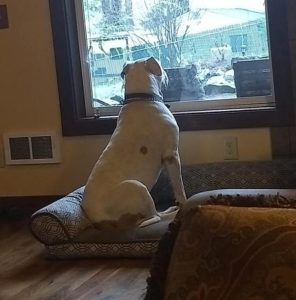 This year, my wife and I attended WorldCon and the Hugo Awards in San Jose, California. I have trouble expressing what an honor it is to even have made the eligibility list for the Campbell as an indie author.

An excerpt from Dragon’s Trail can be found here, and an excerpt from The New Magic can be found here. Copies of The New Magic are available through the SFWA forums. If you’re eligible to vote on the Nebula, the Hugo, or the Campbell–or heck, anything else you want to nominate my work for–feel free to contact me through the About the Author page on this site to request review copies.

I humbly present Dragon’s Trail and The New Magic for your consideration. Thank you.