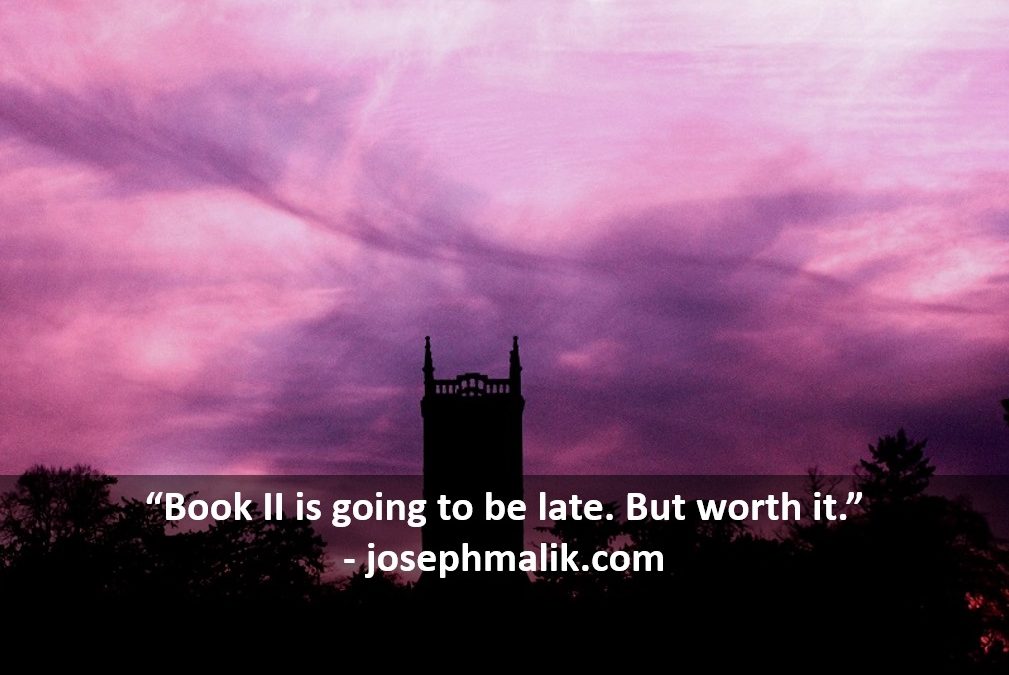 Book II is going to be late. But worth it.

I have been fiddling with this draft for two months, now. I’m about three-quarters of the way in, and fixing the middle section feels like digging ditches. It’s flat, it’s repetitive, and most of all, it’s not funny. Even fixing it isn’t fixing it.

Three nights ago, I threw out about half of it and changed the direction — not the plot; just the angle — and it’s finally feeling about the way I want it to feel. I can see where I went wrong, and I now remember what I was trying to do. I’m just way behind where I’d hoped to be.

This is coupled with the fact that I’m still in the Reserves, and I’ve been mobilized for at least a year — through October of 2018 — and I now have an idea of what my workload is going to look like. My writing time is going to be curtailed considerably. I originally listed the fall 2017 release date thinking I’d be able to write full-time, but Gotham needs me. If you’re pissed off about this, believe me, I know how you feel. So do me a favor, and write your Congressman and tell them that, national security be damned, Joe Malik needs to finish his book. That’ll shake them up.

In all seriousness, though. This is the nature of the beast; the duality of my existence writ large. The final draft should be ready in early 2018, likely the end of January if everything goes well. It should be released this summer.

Some other things are coming. We’re working on a hardback version of Dragon’s Trail, and possibly a redesign of the paperback — making your hardcopies into limited-edition first-run copies! — and we’re working on putting Dragon’s Trail into wide distribution at physical bookstores.

Please accept my apologies, and hang in there. If you liked Dragon’s Trail,  you’ll love The New Magic.