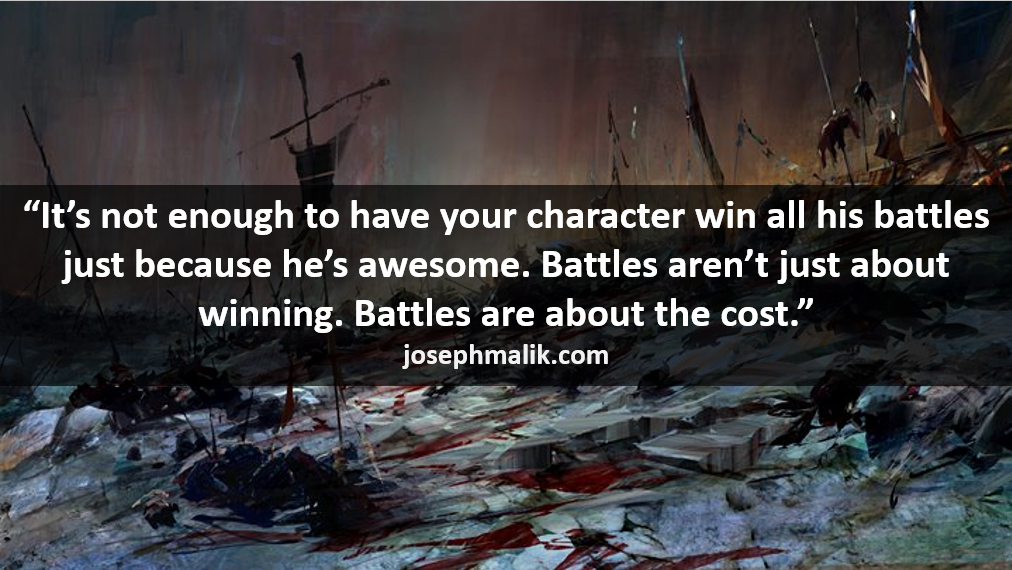 So a huge part of writing is reading. A huge part of contemplating self-publishing is determining the competition.

Holy shit, I had no idea there were so many portal fantasies out there. A couple of nights on Goodreads and Smashwords and poking around blogs and writing sites and wow.

Just because you can type, doesn’t mean you can write. But we’ll cover that another time.

Something that I keep seeing, that bothers me, is where the portal fantasy genre has gone since Harry Potter. At least, I think it was Harry Potter. Believe it or not, I’ve never actually read a Harry Potter book. I read a lot of action, thriller, suspense novels, a pantload of non-fiction books, and military history. I have an entire bookshelf devoted to martial arts, fencing, and boxing texts and another devoted to chess. I re-read Dick Marcinko’s Rogue Warrior every couple of years. I’m also on a whole kick right now regarding post-1967 Arab intellectualism, but that’s neither here nor there.

The first “portal fantasy” I read was Three Hearts and Three Lions by Poul Anderson. It was immediately followed by Glory Road — still one of my favorite books ever — and then I got into the Chronicles of Amber, which was sort of portal-ish but not quite. I think, back when I started Dragon’s Trail, “portal fantasy” wasn’t even a genre. Trying to think of other stories in the genre, here; technically, The Hitchhiker’s Guide to the Galaxy is a portal sci-fi. In point of fact, it’s a portal sci-fi series written entirely in the omniscient familiar, which must have been a bastard to pull off when you think about it that way.

Dragon’s Trail is going through its final rewrite before I hire an editor. And then it’s back to submission. Hoboy.

I said it before: there’s a reason they call it submission. Assume the position.

I’m not going to hate on any author in particular in this post, but I’m going to touch on a generality that seems to be pervading the literature of our period; particularly the self-pubbed fantasy. Call it a semiotic analysis.

And most of all, it’s what really makes me grind my teeth: this explosion of “heroes” who are some schmo, loser, abused kid, outcast, who suddenly discovers that he/she has magical powers. (Alternately: kid ends up in another universe wielding a sword that makes him/her invulnerable; kid has a magic somethingorother that turns him into a super-badass werewolf/vampire/wizard fighter; kid suddenly has an insert-awesome-invincibility-causing-trope-here; but whatever the cause, the MC is invulnerable, goes on to save the world, and is no longer a loser.)

Every time: Hero Gets Something For Nothing.

This is the antithesis of heroism.

That the hero is better for it in the long run is the antithesis of how things actually work.

The greatest action hero in recent movie history is John McClane in the original Die Hard. I know it was 25 years ago. I stand by it.

John McClane is human. He doesn’t do much in the original Die Hard that a human being can’t do — he’d be in worse shape at the end. (The jumping off the roof attached to a fire hose was pushing it, but it wasn’t impossible; just ill-advised.) But McClane is a well-trained cop and probably prior military: he can shoot, he can grapple, he can work a radio, he can figure out a foreign machine gun. He understands badguys and, since he’s a cynic, he is always trying to figure out how the badguys benefit. This keeps him one move ahead. He’s an anti-James Bond.

Best of all, in the first movie, he bleeds. And things keep getting worse for him. This is the nuts and bolts of drama: a consistent worsening of the protagonist’s situation until they finally get out of it.

Without struggle, there is no drama.

Personal growth without drama is impossible. Personal growth through consistent success is a fairy tale of the bicycle helmet, participation trophy, “My Child is a Terrific Kid” sticker society.

Show me a bike stunt that required multiple ER visits over the past two years to get right. Then you’ll impress me.

My protagonist is badass right out of the gate. I’ll make no bones about it. He has a black belt in Judo, a junior Olympic sabre title, he has competed as a boxer and knows some savate, and is a professional stunt man and fight choreographer who revolutionized fantasy TV and movie fight scenes by incorporating martial arts into armored combat. He starred in a Discovery Channel special on medieval warfare and swordsmanship. Hollywood calls him the “Bruce Lee of the Broadsword” and Sports Illustrated put him on the cover and called him “The Deadliest Man Alive.” Right before he killed somebody.

When we meet him, he’s climbing out of the bottom end of his life. Even at this point, though, he’s teaching swordsmanship to a Disney starlet for a possible Disney Zorro spin-off.

He is really good at his job, one of the finest swordsmen on the planet, and the singleness of purpose it required to reach that level of skill meant that his life — friends, money, home, usefulness, purpose, belonging — was built around the thing he loves, so when it was taken away from him, he lost everything.

When you get great at something and line your world up around it and then fuck it all up, this happens. Ask me how I know.

He’s haunted by a single, world-ending screwup. You know the one: the one that sets you up for a life of being emotionally Rickrolled. Something a friend says offhand will hit you like a roadside bomb and blast you back to the exact moment when you know, for a fact, that you ruined everything. And when the explosions have faded, all your failures before and after that moment will line up in no particular order and proceed to gang-fuck the rest of your evening. You go to sleep with your jaw aching from grinding your teeth.

If you don’t have this moment in your life, just wait a while. You will. We all will. Ask me how I know.

You recover from it. You rebuild. You move on to Plan B. And Plan B is better than Plan A could ever have turned out, anyway. Ask me how I know.

Early-on, Jarrod gets in a punchup with the badguy’s chief badguy and hands him his ass; in so doing, he shows up on the badguy’s radar. The heir presumptive is a renowned swordsman, and this new guy from out of town is kicking everyone’s butts in fight practice and more than that, he’s actually instructing them, overshadowing him. The prince-to-be calls Jarrod out. The scene that follows is roughly equivalent to Ichiro at the plate against a farm-league pitcher who still needs seasoning. Now Jarrod, a million miles from home and pretty much alone, has powerful people on both sides of a brewing war pissed-off at him. Later, he fights four guys who aren’t nearly as well-trained or well-armored as he is, and walks away with a few dents but makes a lot more people angry for it. Toward the end, the badguy sets a trap and sends a platoon-sized element to cut Jarrod into small pieces and bring them back. The heir presumptive sees it coming and facilitates it. Because, good riddance. In the end, Jarrod “saves the world” not by winning a war, but by stopping it.

Jarrod’s journey isn’t about learning how to become a badass. It’s about realizing that he’s a badass, but a mortal badass, and then deciding what he’s going to do with it.

A main character who happily hacks and slashes his way through a fantasy world with a Magic Sword of Butt-Whooping, or magical Dragon Powers, or a Time-Stop Necklace, or whatever, who goes from loserdom to kicking ass for ass-kicking’s sake like he just powered-up in a video game — replete with fighting The Boss at the end; can’t forget that — is a juvenile bullshit construction by a couch-potato society.

I don’t know if people are buying this crap, but it sure as hell is what people are writing. I am concerned about its prevalence, because I don’t know if this makes Dragon’s Trail more, or less, marketable. I’m terrified, however, that my next round of queries for a portal fantasy will be going out toward the end of NaNoWriMo.

Anyone who tells you that fighting is about winning has never actually fought. It’s not enough to have your character win all his battles just because he’s awesome and you want to be awesome, too. Battles aren’t just about winning. Battles are about the cost.

Ask me how I know.