On Process: Using the Force, or How I Learned to Stop Worrying and Type with my Eyes Closed 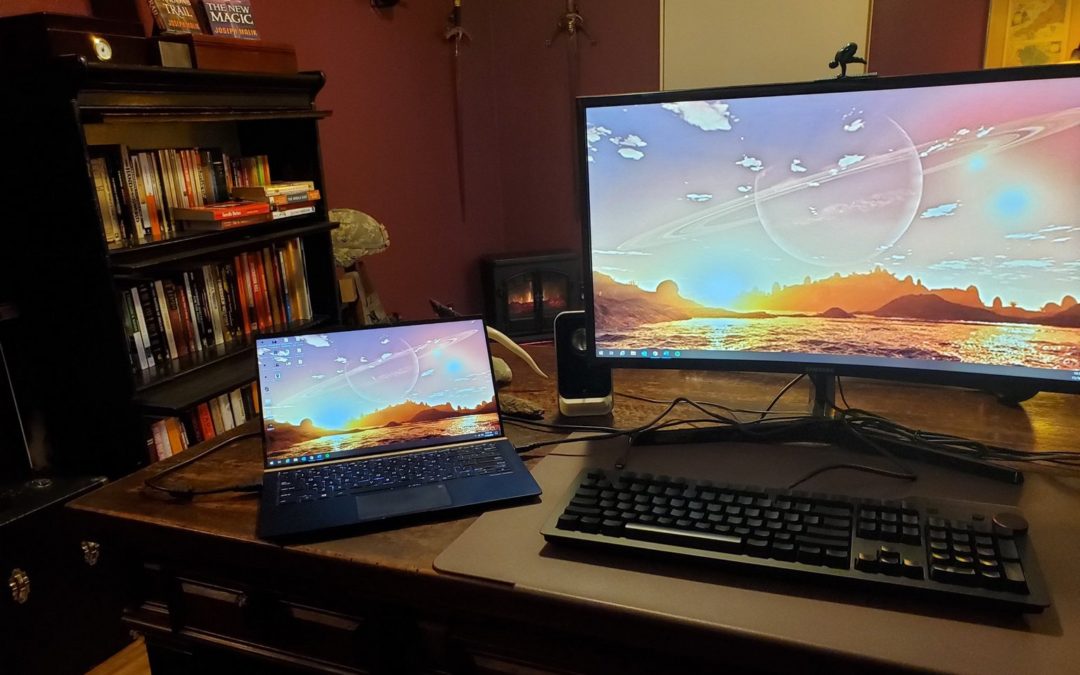 It’s been a while since I’ve posted to this blog. Quite a bit has happened since WorldCon, most of it on the writing side of things. What I mean by that is that I’ve been writing like crazy, which doesn’t leave me a lot of time for blog posts.

The first and foremost thing is that I finally finished the first crappy draft of Coin of the Realm, which is promising to be the best thing I’ve ever written. There are moments inside even that initial hasty draft that are without a doubt the strongest writing I’d done. I’m about a third of the way through the second draft.

We can touch back on this if you’d like, but my process sucks: each of my books starts with an initial first draft that’s around 50K words. This first draft is just me getting the story down. It has sections that are only a few lines in all caps to remind me what happens at certain points, scenes or descriptive passages that are just pics that I’ve pasted in, and even chunks that are in present tense. I call it a first draft, but really it’s just a 150-200 page notepad full of typed ideas. It is in no way a book.

Big news at the moment is that I’m renaming Coin of the Realm to The Outworlders. I’m doing this for several reasons. In much the same way as The New Magic stands alone with Dragon’s Trail as an origin story for Jarrod and Carter, both Dragon’s Trail and The New Magic will now effectively become canon, with The Outworlders as the definitive book in the series, and the touchpoint for everything else I write that’s set in the world of Gateskeep, Falconsrealm, and Gavria.

The other piece of big news is that I’m through the shitty first draft of the first book of the series to follow, and I’m about 15K into the first actual draft. It’s probably going to be big, ~120K words (500 pages), judging by the size of the first draft.

The new series is called Stonelands, and the first book is tentatively entitled Winterstone. Same world, different characters, with referential points back to this series. It will be a fantasy-scifi mashup with some horror elements. The gist of it is that there’s a magical portal on Earth that leads to the world in the other books (although to a different area), and this time it’s about members of the Special Ops teams who have been wrangled into exploring it. Picture Stargate with the feel of Aliens, or maybe Stranger Things if it was centered on the guys in the lab with the flamethrowers.

You may or may not see Winterstone in 2021, as I have some industry folks who are asking to look at whatever I do next. If it gets picked up, it may not come out until 2023 or 2024, assuming I get a working draft out the door in 2020. Anyway, it’s all a long way from now. Expect The Outworlders in early 2021.

So. Back to writing. Facilitating this, may I present my new Shiny Thing: 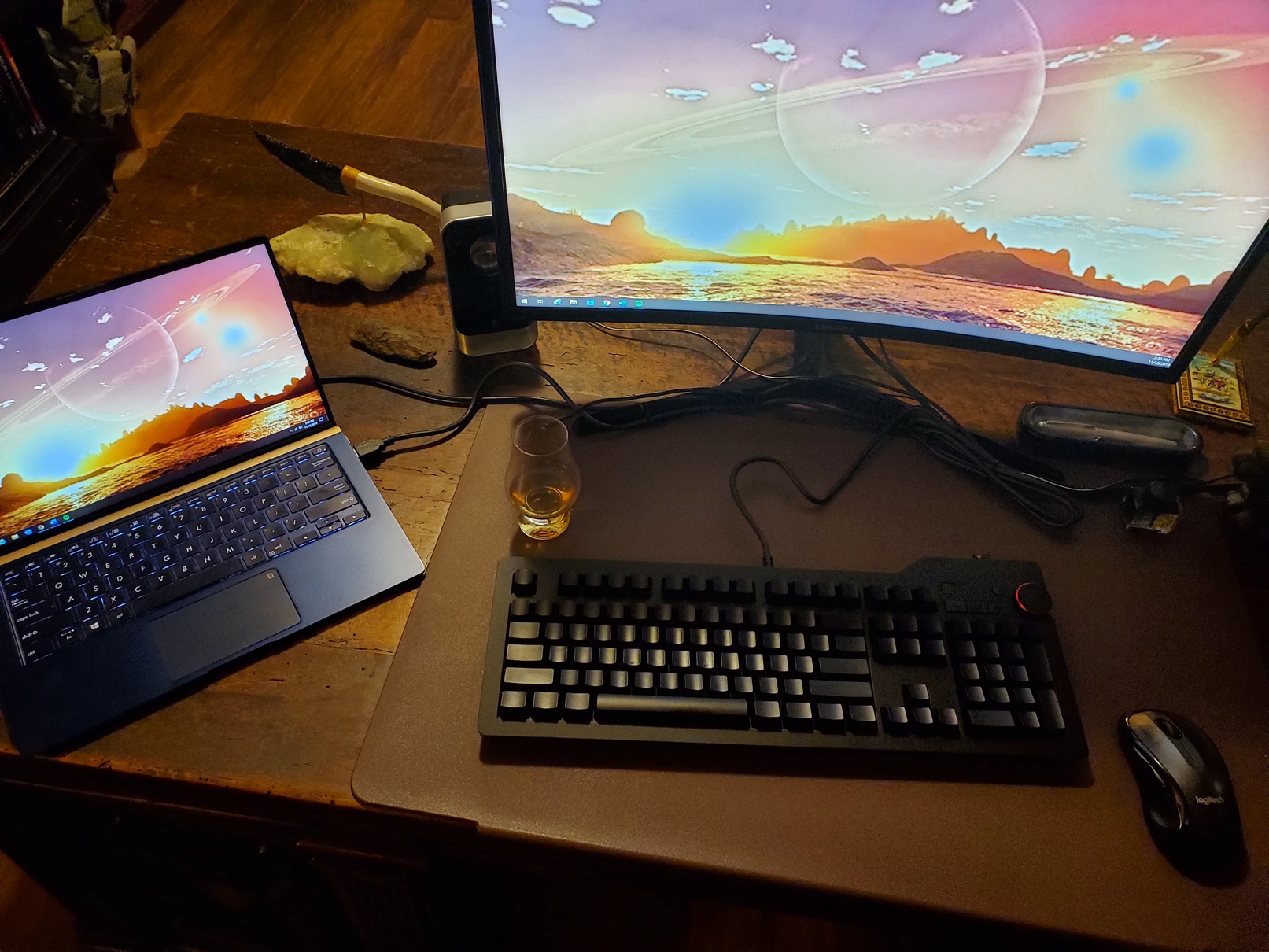 This is a Das Keyboard 4 mechanical keyboard, with MX Blue (“clicky”) switches. It weighs more than my laptop. I don’t know what it’s made out of, but I think it’s the same stuff as Wolverine’s bones. This is important because I tend to break the shit out of my keyboards. I wear dents in them, keys begin to squeak, spacebars commit hara-kiri. I wanted a professional typist’s keyboard, and I figured at the rate I’ve been going through keyboards I would eventually save money by throwing down for professional gear.

The biggest thing about it is that–I’m not sure if you can see this in the pic above, but–the keys are completely blank. 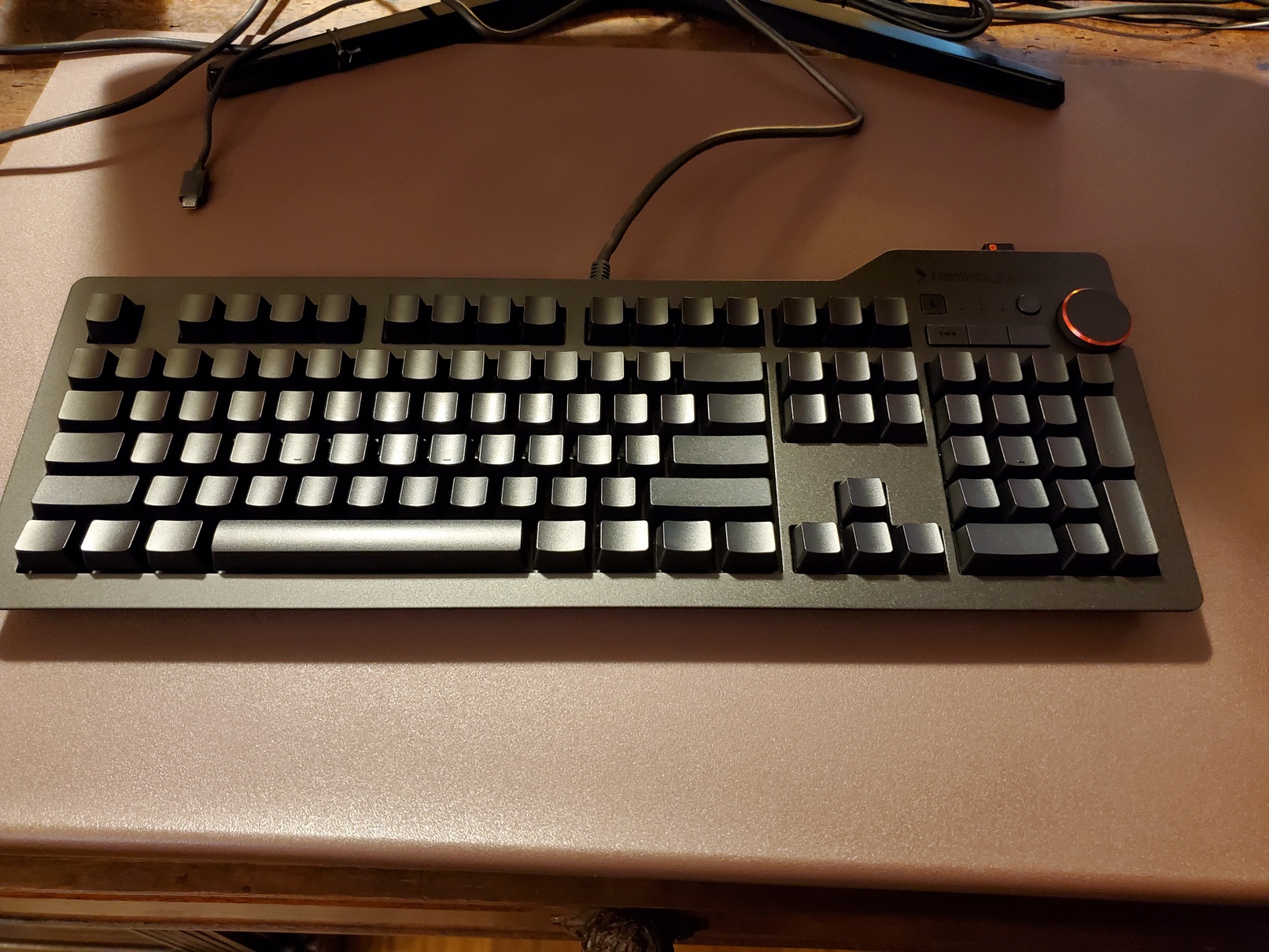 The thinking behind a blank keyboard is that it gets you typing faster for a couple of reasons. First off, if you have any hunt-and-peck tendencies, this will cure you of it right damned quick. Secondly, the Cherry MX Blue switches actuate at about 60% of the keystroke, so you don’t have to depress the keys all the way. Once you stop bottoming out the keys, your typing speed goes through the ceiling.

I’ve found a third productivity bonus that might be idiosyncratic to me, but the weight of this sucker means that I’m not chasing it all over my desk and readjusting it every thirty seconds. It’s a beast. I can bang on it for an hour and it doesn’t move a millimeter.

There’s also a very Zen feel to it, as well. So far, I’m extremely happy with it.