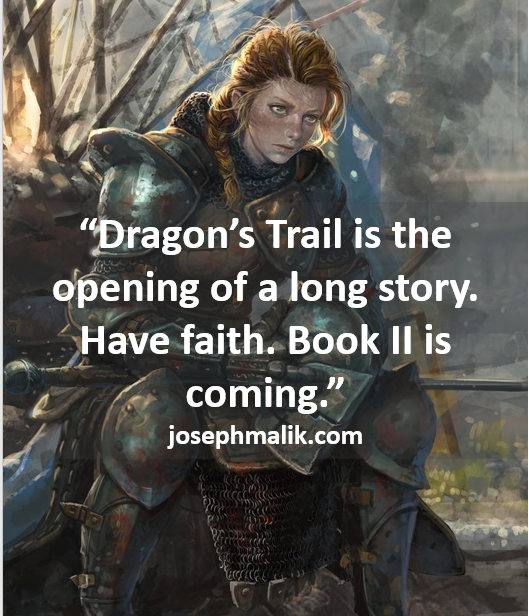 I wanted to take a moment and express myself on the role of women in Dragon’s Trail, because this has been mentioned by some readers. The book seems to be kind of exploding right now, so I want to put this here for reference.

Dragon’s Trail has very few female characters. I acknowledge this. The series, however–which right now is plotted at five books plus a prequel–has many, and in critical roles. Dragon’s Trail was originally over 700 pages long. It ends abruptly because I believe that the story works better broken into five books than four. There is an entire second half to this initial arc, which sets the scene for the rest of the series, and women play a huge part in what’s coming up. Book II is still in a draft form (I’m on Draft #3, and writing furiously), but as it stands right now, 2/3 done, it already passes the Bechdel test with multiple scenes.

Mouse over for Book II badass chick spoilers. Or, if you don’t want spoilers, don’t mouse over, and just trust me. There’s some cool stuff coming up.

In no particular order:

Anyway. Have fun. And please understand, Dragon’s Trail is only the opening of a long story. Have faith. Book II is coming.