About 20 years ago, working on an early version of the series, I built a Faerie conlang. This is where those of you who know me say, “Of course you did.” I have a whole handwritten journal on it, like, a hundred pages. Plus early versions of the book—and long-dead starts to sequels—incorporating it. In these early attempts, I constructed an accent off the conlang by employing intentional misuse of contraction and misspellings as well as the occasional italicized Faerie word for which there was no English—or human—translation. This made an unreadable mess of the dialogue but man, it was cool. I really thought I was smart. 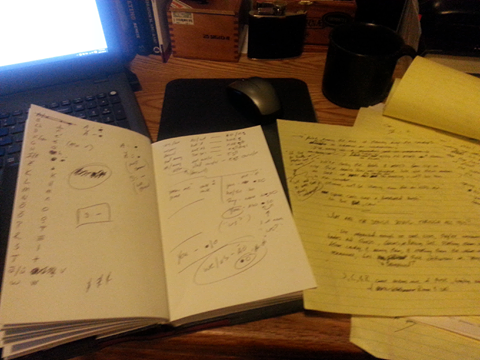